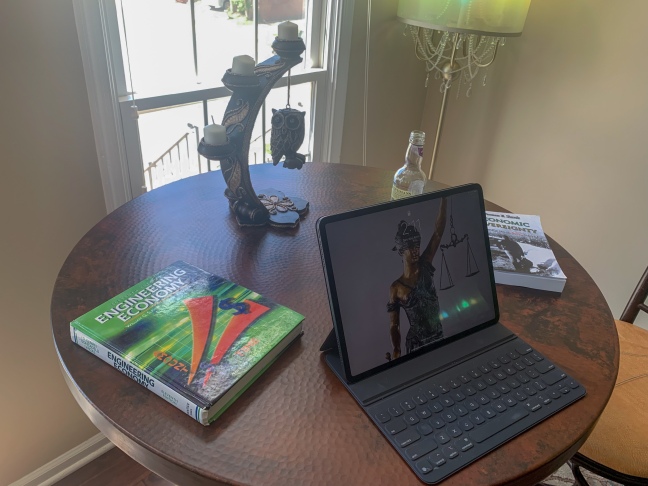 It’s a common question in my briefings: “Why did you choose to conduct thousands of hours of postgraduate research presented in Economic Sovereignty?”

In a phrase – to improve the human condition and because nobody else was willing or able to do it.

More specifically – the Tyranny of the Davos Clique, my obsession with innovation and entrepreneurship, and educating virtuous philanthropists, executives, elected officials, and the general public since their command of Economic Sovereignty and cooperation is the only remedy to economic malaise and collapse. In this, part one, we’ll address the Davos Clique.

The Tyranny of the Davos Clique

The rationale of economists deriving from the Austrian school is unassailable – including Ludwig von Mises, F. A. Hayek, Milton Friedman, and Thomas Sowell while excluding Murray Rothbard. But where are their numbers? Thorough data-driven analyses of their claims are scant if present at all. Who would finance such research? I chose to do it myself at great expense.

It has not been financed in the main because of very practical reasons. Who would benefit from releasing control of the economy from the government and institutions back to the people? It would take an awakening of the people themselves to advance this inquiry because the losers of such research results are the most powerful people on the planet – the Davos Clique.

They are the power hordes suckling from trillions of dollars in global government and institutional contracts, alongside their millions of employees. This is why the Austrian school is still designated heterodox by transnational enterprise. The World Economic Forum and socialist economists hog institutional and academic power like a prize swine at a county fair hogs the victory grub. The Davos Clique organized the fair, financed it, and sits as judge.

Suppose you never heard of the Davos Clique. Did you wonder why powerful entertainers are making slick propaganda “thought provoking films” about dirigiste Thomas Piketty’s unjustifiable work instead of Thomas Sowell’s works? They even parade frontmen like Piketty around the globe in influential forums: Obama’s Economic Advisory, the International Monetary Fund, the United Nations, ticketed speaking circuits, the Harvard Business Review, New York Magazine, The Nation, and Steven Colbert to name a few.

With a prophetic tinge, Alvarism is six years ahead of this global influence operation, as evidenced by the commencement of research and briefings on Economic Sovereignty in 2013. Piketty was weaving his web of ideological lies, not yet published, while I was proving him wrong silently with my own set of data. Why would a French economist choose to publish his book on United States’ Tax Day of 2014? Is France so insignificant that he has to operate on USA marketing plans? This guy and his cohorts are schemers.

And is it extreme to insist he is a liar? I choose to, because otherwise I have to believe that all of his powerful academic, political, activist, and business cohorts are completely stupid with college degrees that might as well be made from toilet paper. The India Times rebuttal only focuses on one of Piketty’s magic tricks to manipulate the data. Piketty calculated inequality without cost of living adjustments, after-tax income, all welfare and charity counted, purchase power parity, and household-to-individual normalization to name a few. I was doing the same thing that he was in 2013, prior to the release of his book, except I was doing it honestly and accurately.

And didn’t you find it to be an oddity when you saw Piketty on Steven Colbert? How many economists dazzle the late-night masses on average? Have they ever invited Thomas Sowell to such forums? Was Milton Friedman’s appearances on Donahue over 30 years ago the last time they even treated a sovereign economist with an ounce of respect? Granted, Donahue assailed Friedman with respectful skepticism and disdain, while Steven Colbert juggled balls in front of Piketty like a court jester desperate to amuse his king.

A totalitarian requires more than compliance – they require affirmation. If your thoughts and words are not inline with their edicts, you are in violation. Disagree? You will be punished with ostracism, job market intimidation, advertiser boycott, deplatforming on social media, shadow bans on social media, sexual rejection, violence, imprisonment with hypocritical hate speech laws, or even death.

The economic totalitarians tried to turn men like Milton Friedman into straw men back in the 1970s. But when the real man covered in straw fights back and defeats the totalitarian and their hordes of sycophants, he becomes the name that shall not be named in an amoral society where truth is subordinate to influence and power. This is why you will never see a debate styled like Milton Friedman’s Free To Choose, with Thomas Sowell, Thomas Piketty, Stiglitz, and myself. They know they would lose, just like they did in the 1970s against Milton Friedman. They use Power Rule #36, because they value power more than truth and the human condition.

I started Economic Sovereignty before the Davos Clique dirigiste global influence operation hit the streets in 2014. The Great Recession policy response and the misguided animus of Occupy Wall Street from 2008-2010 was my wake-up call. Although unintentional, my foresight has made me feel that my uncommon intelligence and knowledge is validated for life, having disproven a cabal of people backed by the wealthiest and most powerful clique in the world.

I did my part. Having no such institutional patronage of my own, using nothing but my personal savings, sheer force of will, mind, and virtue, I beat this global monstrosity with Economic Sovereignty. I did this under threat of assassination and medical torture exceeding that of some prisoners of Unit 731. It’s pretty cool. I’m a man with plenty of testosterone to spare and I get off on this kind of competition. David beats Goliath is the best kind of fight to win.

If you see the Davos Clique for what it is, you won’t ever be fooled by their lame mask of David thinly veiling their face atop their grotesque corps de Goliath. That cheap latex mask Piketty molded from poverty hustling, envy, guilt-baiting, and statistical deception is the most sophisticated attempt at covering up the global implosion of dirigisme, and the worst of it yet to come, with the social insurance Ponzi scheme of the United States careening towards the concrete.

They falsely call it capitalism, because they know they are the ones who made this mess to begin with. You must do your part, and educate yourself with the book Economic Sovereignty, and spread the knowledge to your neighbors. It will mean the difference between a turbulent landing or a nosedive crash, in the next twenty-five years. I will continue to supplement the book with video, briefings, and articles. I never rest until I finish what I started. Humanity needs you to take this knowledge seriously. Without your participation, the Davos Clique will proceed and apply Power Rule #36 to free people who know they can choose to use their money and labor towards righteous goals better than an overlord can dictate on their supposed behalf.

While I could go to my grave feeling legendary pride, for fulfilling my role, it won’t be a rosy picture for those left behind if the general public fails to fulfill theirs. Communism and National Socialism was the slaughter axe of the 20th century. Dirigisme is the euphoric inert gas asphyxiation death chamber of the 21st. The Davos Clique are the executioners. That is one gigantic dung pile of motivation, if your nose is good enough to smell it.

7 thoughts on “Why I Wrote EconSov Part 1: The Tyranny of the Davos Clique”