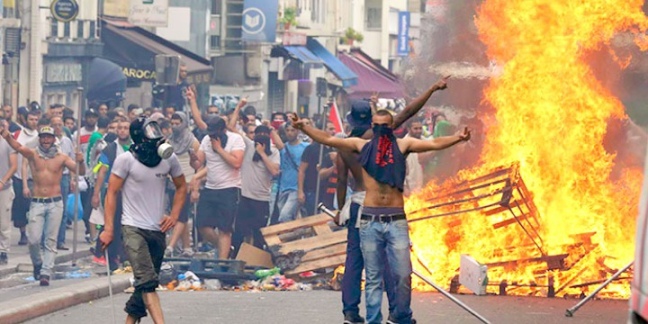 In part one of this series, we reviewed the politicizing blame and psychological motivations for mass shooting. In this article we will discuss the disproven correlation of violence to gun proliferation.

The Totality of Violence in a Society

The mass shooting hysteria preaches visions of a very specific event. There is a stranger with a gun. He might be a lone-wolf terrorist. He’s not a gang member. He’s not a bank robber. He’s not a soldier. He’s not a chekist psychopath, killing citizens for socialism. He’s not a disgruntled employee. He is a random motivated killer with a gun, and you are just going about your peaceful business with your family when he starts killing people in public.

A genuine mass shooting is the killing of four or more people by a complete stranger, motivated by abnormal psychology, potential lone-wolf terrorism, and not crimes of passion, or tactical crime.

In truth, that kind of killing is a rare event in the USA. Gun control advocates inflate the number absurdly by including tactical crime, which is not the vision you have in your head of the mass shooting. The mass shooter is the only boogeyman they can implant in our brains to make us terrified of our own right to self-defense and gun ownership. If we fear the unpredictable random stranger with a gun, the most rational reaction is to restrict gun ownership.

When evaluating violence and guns, we need to consider:

Disarmament can increase some categories while decreasing others. Analysts who do not refer to the complete picture of violence are either mistaken or deceiving for an agenda.

History shows us that disarmed citizens experience much more violence in these categories combined. By disarming the population, why would we trade a few hundred deaths from mass shooters for hundreds-of-thousands of rapes, robberies, assaults, and deaths by war, democide, crime, and terrorism?

There are multiple factors to consider in the mitigation of violence. But the deterrent of an armed population must be included, with respect to all forms of violence combined. The mass shooting hysteria encourages us to dramatize and inflate the relevance of very rare events in context of the totality of violence.

Europe has recently discovered that they are deadly wrong about guns and crime. Justified scholars will assert that crime is cultural, and not based upon poverty or access to weapons. Europe, falsely thinking itself enlightened in disarmament and pacifism, constantly compares its low violence rates to the USA. The irrelevant comparison in the past presumed that because the USA has guns, it singularly explains its higher crime rate.

Nothing could be further from the truth.

The USA has a history of cultural tumult and chaotic immigration. It began with indentured servants, exiled criminals, and slaves. The vast majority of the original population of the USA began their lives without their freedom. Over the years, immigrants looking for a better life and leaving places of tumult came to the USA. That is a recipe for cultural conflict, desperation, and criminality. It’s not that the majority of Americans were prone to criminality upon arrival, it’s that the proportion of criminal-prone immigrants has always been necessarily higher because of the motivations to immigrate to America.

Lo and behold modern Europe, with their millions of immigrants from the tumultuous Arab Spring, civil wars, and failed Islamic states starving their people to death in tyranny, greed, socialism, and failed economic interventionism. As the linked Pew report shows, only 25% of those immigrants are ostensible “refugees” (unverifiable in most cases). Dare to concern yourself with the cultural and economic chaos inherent in mass immigration, and be slandered as “far-right,” xenophobic, Islamophobic, or “racist.”

Note that democrats like Bill Maher persistently deride Christians as backwards and unattractive without being labeled “far-left,” racist, or Christophobic. In fact it is impossible to be racist against Muslims since it is a religion, and not a biological inheritance. These manipulators count on their audiences to be too stupid to ask, “Wait, if critics of Islam are racist, does that mean people who criticize Christianity are racist?”

Nevertheless, Europe is so deranged at present day that its governments are lying to their own people about crime statistics and punishing people who speak honestly and freely about criminal events. For the first time since the chaos of the WW2 era, Europe is getting a taste of the criminal challenges that the USA has faced in culture during every year since its founding.

A confidential police report leaked to the German newspaper, Bild, showed that Islamic immigrants have burgeoned crime by 80 – 250% in just a few years in Germany alone. The report did not even have data from the most migrant-populated administrative division. This is counter to the lies that the German government has preached to its citizens and the world, which can be found in any mainstream international news source.

British prison population is now 20% Muslim – quadruple their share of the British population (5%).

French prison population is now 40% Muslim – quadruple their share of the French population (8-10%).

Swedes now live in a state of delusional hypocrisy – where anti-semitism is normalized and rational criticism of immigration is decried, punished, and shamed. Gun laws, restrictions, and weapons deprivation of tyrannical disarmament only impact law-abiding and peaceful Swedes. The foreign rapists and killers smuggle automatic weapons and hand grenades into the country – and they use them, while the Swedish government and media whitewashes the carnage.

The EU governments tolerate this violent crime, as they suppress honest speech, because of their greater motivation to save their Ponzi social insurance schemes. Notice that the studies claiming that immigrants have net-positive economic impact, are the ones that conveniently leave out expensive costs like public education. The middle class will pay the cost of these deficits, while the government desperately infuses immigrant worker tax revenues into their dying social insurance accounts.

How did this happen? Thanks to low birth rates, depopulation, abortion, and sexual utilitarianism, the EU needs more workers, more taxpayers, and higher birth rates. Their social insurance systems cannot sustain the depopulation. Rather than honestly expressing the failure of their welfare schemes, they import “human resources” from tumultuous Islamic lands.

And with their importation of immigrants from tumultuous origins, they finally get a taste of what the USA has always faced in its immigration, and crime enclaves. US social insurance is just as much of a Ponzi scheme.

Despite these international and historical precedents for culture driving crime, rather than poverty or access to guns – the disarmament fanatics continue to preach irrational fear of guns.

For those who prefer empirical correlates to the cultural drivers of violent crime, we have solid evidence. The geographic studies of USA murder prove this point beyond refutation: guns do not make violence. Culture makes violence, and it is so concentrated in 2% of localities of the USA, that if those localities are removed, the USA is amongst the safest nations in the world (compared to countries that can reputably report accurate statistics on crime).

Gratitude for our Gun Rights

Our 2nd Amendment has the eternal intention of enabling a few things: the natural right to self-defense, to assist law enforcement, to deter invasion, to deter insurrection, to deter democide and oppression, and to form militias.

Because of this right, our nation has not experienced Pol Pot’s killing fields, Mao Zedong’s Great Leap Forward, Stalin’s Dekulakization, the Nazi’s 25 point plan, or Latin America’s anti-clericalism, just to name a few. Had the freed African American slaves been better armed during reconstruction, they would have mitigated extrajudicial killings (which are still a pittance compared to other violent events across the globe).

When comparing particular categories of crime, we must put them in context. Is our violent crime, democide, and war casualty record combined, a perfect record? No. But our violent crime situation is dwarfed by the democide and war casualty records of most other nations in history. Our second amendment contributes greatly to that much preferred record of peace and safety. We should be grateful for it as we seek to optimize its application.

In part three, we will review the current proposals for gun laws. Just because Alvarism said that Trump’s speech was nearly perfect in the last article, does not mean that the proposals are wise. He spoke to the civic dialogue in clear and open terms – even with some wrong advisory on particular points. That is what a statesman is supposed to do. Red flag laws have barely reduced suicide, and will not reduce crime or mass killings, and we will prove that point in part three.